Although desistimiento generically denotes “withdrawal” or “abandonment,” the appropriate translation of the term in legal contexts depends on the practice area in which it is used. In criminal law, in the context of defining “criminal attempt” (tentativa de delito), desistimiento de la tentativa refers to a criminal perpetrator’s voluntary abandonment of or withdrawal from a crime before it is consummated (desistimiento voluntario antes de consumar el delito). In English this is often formally called “renunciation of criminal purpose.”

In other contexts, desistimiento (del demandante) is likewise used in civil procedure to denote the plaintiff’s abandonment of a proceeding before a trial of the issues, which does not preclude future prosecution of the claim (declaración unilateral del actor por la que tiene por abandonado el proceso, sin que ello suponga renuncia a la acción). In many US jurisdictions this “abandonment of suit” is known as a “voluntary dismissal” of the action or claim.

For the difference between desistimiento and renuncia in civil proceedings see: https://rebeccajowers.com/2016/07/26/espanol-juridico-8/

“Mistranslations?” includes examples of what I believe may be considered mistranslations that I have encountered over a twenty-five year period while working as a legal translator and teacher of legal English in Spain. Some may be actual mistranslations, while others are perhaps all-too-literal renderings of expressions that may have sufficiently close counterparts (“functional equivalents”) in the other language. Still others are translations that may simply not be accurate in the context in which they originally appeared.

In its strictest sense, “Mercantile Law” is often understood to refer to the “law merchant” or lex mercatoria, the system of customary law widely adopted in Europe during the Middle Ages.

“Commercial Law” is a narrower concept than Derecho mercantil. In England and Wales a course on commercial law may sometimes be limited to the study of the sale of goods (compraventa de mercancías), international sales (compraventa internacional), the law of agency (Derecho de agencia) and consumer credit (crédito al consumo). Likewise, in the US “commercial law” is often understood as being limited to those areas of law governed by the Uniform Commercial Code, including the sale of goods (compraventa de mercancías), negotiable instruments (títulos valores), bank deposits (depósitos bancarios) and secured transactions (operaciones garantizadas), among others.

And, finally, a quick look at the table of contents of any standard Spanish law school textbook on Derecho mercantil makes it clear that it is much broader than “commercial law,” and shares many of the disciplines studied in the US in business law courses. These include: 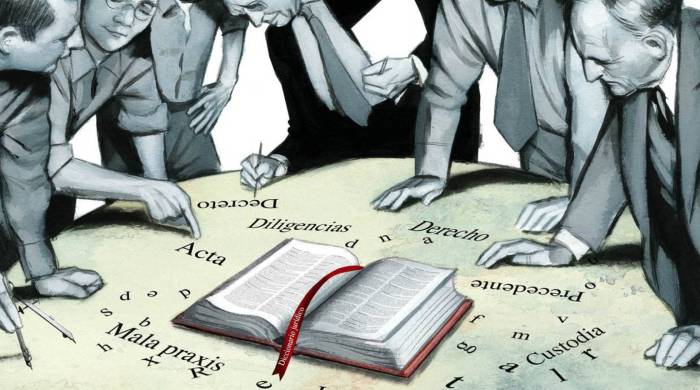 A translator colleague recently asked me about the difference is between emplazamiento and citación, given that both generally refer to a “summons”. Well the answer is right there in the terms themselves. In an emplazamiento the recipient is given a term (plazo) in which to respond to the content of the summons. That’s why an emplazamiento is the document served with a complaint (escrito de demanda), since the defendant is given a legally-established term in which to file an answer (contestar a la demanda). In contrast, citación is generally a summons to appear in court (a “cita”), specifying the time and day that the recipient must comply. But unless a translation requires distinguishing between the two, they are both a “summons.”

Simple definitions of emplazamiento and citación appear in the Wolters Kluwer legal guides:

In the language of contracts “undertaking” denotes a “promise” or “pledge,” and is most often expressed in Spanish as compromiso. In its verb form, “to undertake (to do something)” is comprometerse (a hacer algo). Thus, for example, in an employment contract there may be a “confidentiality undertaking” (compromiso [or] acuerdo de confidencialidad) in which “Employee undertakes not to disclose Employer’s confidential information” (el Empleado se compromete a no divulgar la información confidencial del Empleador).

But in the language of EU competition law “undertaking” has a very different meaning, being a generic term for “business entity” that encompasses all types of enterprises without reference to any specific corporate form. In this context “undertaking” refers to any entity engaged in economic activity that offers goods or services in a given market, regardless of its legal status. In Spanish this generic term “undertaking” is rendered simply as empresa. Thus the EU competition rules set forth in Article 101 (3) of the Treaty on the Functioning of the European Union (Tratado de Funcionamiento de la Unión Europea) prohibit activities in restraint of trade including “all agreements between undertakings, decisions by associations of undertakings and concerted practices.” In the Spanish version of the Treaty this is expressed as todos los acuerdos entre empresas, las decisiones de asociaciones de empresas y las practicas concertadas.”

And, ¡ojo! Although in this context “undertaking” is empresa, in modern usage “undertaker” cannot be rendered as empresario, as the term has sometimes been mistranslated. Indeed, since the late 1600s (according to the Online Etymology Dictionary), the term “undertaker” denotes “a person whose profession is the preparation of the dead for burial or cremation and the management of funerals; funeral director” (Collins English Dictionary). Thus, “undertaker” may be more properly described as director de servicios funerarios (or with a similar expression) and is definitely not a generic term for empresario. 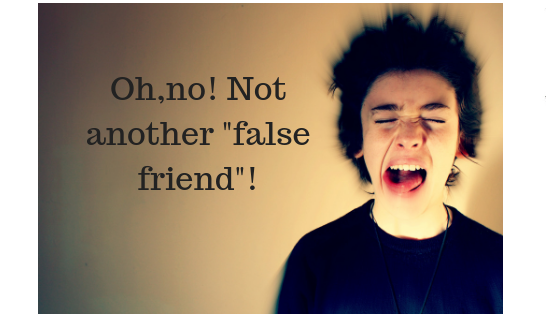 When learning legal terminology in a bilingual context one of the first pitfalls encountered are so-called “false friends,” words or expressions that appear to be cognates, but are actually unrelated in meaning. Many years ago I set about identifying the “Top 40 False Friends in Spanish-English Legal Translation.” As the list grew I had to change the title to “101 False Friends.” In my collection I now have well over that number and will be sharing some of them in this blog. To be fair, many are only partial false friends that may actually be cognates when used in one branch of law, while perhaps qualifying as false friends in another legal practice area. And in some instances the cognate may simply not be the most appropriate rendering in legal contexts.

Translators and legal professionals often have to deal with original sources and searching for a quote from UK legislation may at first be confusing to the uninitiated. The text of all acts of Parliament are available from two main sources, the “Official home of UK legislation, revised and as enacted 1267-present” at www.legislation.gov.uk, and the British and Irish Legal Information Institute (BAILII) at www.bailli.org . As an example, let’s look at the primary source of UK company law, the Companies Act 2006 (http://www.legislation.gov.uk/ukpga/2006/46/introduction) to see how it’s organized.

Under the Crown Seal the first thing that appears is the law’s short title, “Companies Act 2006” with its official citation underneath. Here “2006 CHAPTER 46” indicates that this was the 46th act passed by Parliament in 2006. There follows the act’s long title, which is really a description of the purpose of the law:

An Act to reform company law and restate the greater part of the enactments relating to companies; to make other provision relating to companies and other forms of business organisation; to make provision about directors’ disqualification, business names, auditors and actuaries; to amend Part 9 of the Enterprise Act 2002; and for connected purposes.

The date on the right, underneath the long title is the date of enactment when the act went into force. To the left you can check the geographical extent of the law.* Then comes the enacting formula:

BE IT ENACTED by the Queen’s most Excellent Majesty, by and with the advice and consent of the Lords Spiritual and Temporal, and Commons, in this present Parliament assembled, and by the authority of the same, as follows…

The main body of an act of Parliament is divided into numbered sections with headings summarizing their content. Subsections of sections have numbers in parentheses (called “brackets” in BrE), i.e., (1), (2), etc. Subsections are followed by paragraphs marked (a), (b), etc. Paragraphs may also have subparagraphs designated by small-cap Roman numerals, (i), (ii), (iii), etc. And, finally, an act of Parliament is generally followed by a series of schedules containing definitions, explanations, detailed provisions, amendments and repeals.

*Not all acts of Parliament are applicable throughout the entire UK, as explained here.

There are several legal contexts in which competencia does not mean “competence.” In the context of constitutional law and with respect to the legal system in general, competencia often has the meaning of “power,” as in competencia tributaria (“taxing powers,”) competencia legislativa (“legislative powers,”) or “competencia ejecutiva” (“executive powers” or “powers of the executive”). In that regard, an expression such as ámbito de competencias (or ámbito competencial) de las Comunidades Autónimas en materia sanitaria denotes the “scope of the Autonomous Communities’ powers in the healthcare sector.” Likewise, atribuir competencias is to “grant powers, while transferencia (or) traspaso de competencias (ejecutivas o legislativas) is “transfer of (executive or legislative) powers.”

When learning legal terminology in a bilingual context one of the first pitfalls encountered are so-called “false friends,” words or expressions that appear to be cognates, but are actually unrelated in meaning. Many years ago I set about identifying the “Top 40 False Friends in Spanish-English Legal Translation.” As the list grew I had to change the title to “101 False Friends.” In my collection I now have well over that number and will be sharing some of them in this blog. To be fair, many are only partial false friends that may actually be cognates when used in one branch of law, while perhaps qualifying as false friends in another legal practice area. And in some instances the cognate may simply not be the most appropriate rendering in legal contexts.

Although these are not strictly legal terms, confusing billón and “billion” may give rise to mistakes in legal translation. As defined in the DLE, in Spain billón is a million millions (i.e., un millón de millones que se expresa por la unidad seguido de 12 ceros). In the US, however, a “billion” is a thousand millions (un millar de millones, o la unidad seguido por 9 ceros). In the UK, prior to 1974, a billion was traditionally defined as a million millions, in line with Spanish usage, and the US billion (a thousand millions) was called a “milliard.” In 1974 Prime Minister Harold Wilson announced that, in conformity with international custom, UK government statistics would adopt the “billion = thousand millions” definition, which is now prevalent in official documents and in the British press. Nevertheless, to avoid confusion translators should be aware that some older UK or other English-language sources may use the term “billion” with the meaning of “a million millions.” Moreover, it is worth noting that the EU’s Interinstitucional Style Guide for publications in English indicates that “‘billion’ is used to designate a thousand million (and not a million million) and ‘trillion’ a million million.” (http://publications.europa.eu/code/en/en-4100500en.htm)

These terms are true false cognates. Retribución denotes recompensa o pago de algo. In contrast, “retribution” only rarely has the meaning of recompense or reward, and is usually associated with punishment (castigo) or taking vengeance (venganza) for wrongdoing, often being used in that sense in criminal law contexts (“retributive justice,” the “retributive theory of punishment,” etc.).

*“Compensation” would perhaps be the preferred term in the US, while “remuneration” is more often used in the UK.

Legal translators (and lawyers and professors) often require a minimum basic vocabulary in a specific area of law, something that they will be hard pressed to find searching word-by-word in a dictionary. (In this case, the “problem” with dictionaries is that they are in alphabetical order.) Blog entries labeled “Capsule Vocabularies” feature some of the basic terminology lists developed for use by my students of Legal English that I hope may also be of interest to translator and interpreter colleagues and other legal professionals.

A previous post featured the basic vocabulary of Spanish provisional remedies proceedings and the requisites for granting provisional remedies. Here we look at some of the specific remedies available under the Civil Procedure Act (Ley de enjuiciamiento civil), providing a brief description where warranted and a possible English translation for each. (The source of this terminology is my Léxico temático de terminología temática español-inglés.)