Dear Translator Colleagues: Don’t believe everything you read in the press! Get your Legal Spanish from reliable sources. Journalists, even those who specialize in periodismo judicial sometimes get it wrong. One of the most blatant errors that I’ve noticed lately in my readings is the use of the peculiar expression auto de acusación. Here’s what I mean:

In most legal proceedings in Spain it is mandatory that a party be defended by an abogado (or) letrado (“lawyer;” “attorney”) and represented by a procurador who serves as a liaison between the lawyer, client and court, filing pleadings and other documents, receiving court orders and generally checking up on the status of the cases assigned to him. There is no equivalent in Anglo-American courts, and procurador has been mistranslated variously as “lawyer,” “attorney,” “barrister,” “solicitor,” “legal representative,” and even “paralegal” (!), among others.

But let’s look at some of these suggested translations. Procurador can’t be accurately rendered as either “lawyer,” “attorney” or “barrister” because, although procuradores hold law degrees, they do not defend clients in court as do lawyers/attorneys (in the US) and barristers (in England and Wales). As mentioned above, that’s the job of abogados/letrados. “Solicitor” is also a mistranslation when used as a rendering for procurador. If you need a contract drafted, want to make a will or require legal counsel, in England and Wales, you turn to a solicitor. Procuradores provide no such services. In fact, procuradores are usually hired by the lawyers themselves and rarely have direct contact with clients. “Legal representative” is also a poor choice when translating procurador, since the expression may denote any person who has been empowered to act on behalf of another, and is not necessarily a lawyer. Persons holding power of attorney (poder de representación) or appointed as executors (albacea) of a will are legal representatives. And as fully qualified lawyers procuradores certainly cannot be characterized as paralegals (con todos mis respetos por los paralegals).

Thus the difficulty is to find an appropriate translation for procurador, and I admit that over the years I have changed my mind a couple of times as to how to best render the term. I initially decided on “court representative,” but this translation may be misleading. Indeed, in the context of providing legal defense for a client in court, representación and “representation” are not cognates. In English (among many other meanings) “representation” refers to one’s being represented by a lawyer in court (“representation by counsel”). In Spain, however, representación generally refers to one’s being represented in court by a procurador, while representation by counsel (asistencia letrada) is known variously as defensa, defensa técnica, dirección técnica or sometimes asistencia técnica. A party is said to be representada en juicio por el Procurador de los Tribunales XXX y defendida (or) asistida por el Letrado YYY. Thus Spanish clients are “represented” in court by procuradores and “defended” by their abogados/letrados, and the expression representación y defensa is most often simply a synonym for procurador y abogado/letrado. In short, referring to procuradores as “court representatives” might prompt a miscue, since in Anglo-American courts lawyers both represent and defend their clients.

I later thought that perhaps “court agent” would be an appropriate rendering for procurador. But “court agent” might be interpreted to mean “agent of the court,” suggesting that procuradores are actually personnel employed by the courts, which is certainly not the case. For now I have settled on “party agent,” (procuradores being agents who represent parties at court), but I am certainly aware that this expression doesn’t fully convey the meaning of the term (and I would welcome other suggestions!). Several colleagues have recommended adding a “Translator’s Note” indicating that procuradores are a feature of the Spanish judicial system and serve as intermediaries between lawyers and the court.

N.B. The Spanish procurador de los tribunales should not be confused with the term procurador as used in Mexico. In Mexico procurador is “prosecutor” (fiscal in Spain), and, thus, for US audiences and in this context the term is often rendered as “prosecutor,” but also “district attorney” or “D.A.”.

Jurisprudencia and “jurisprudence” are another pair of look-alikes that shouldn’t be confused. Jurisprudencia is the Spanish term for “caselaw” (“case law” in British English, also called “decisional law”), that is, judgments rendered by courts of justice, while in its strictest sense “jurisprudence” is the science of law or legal theory (sharing some of the content of the disciplines of Teoría del Derecho and Filosofía del Derecho as traditionally taught in Spanish law schools). Thus jurisprudencia del Tribunal Supremo refers to “Supreme Court caselaw,” while expressions such as jurisprudencia (or) doctrina jurisprudencial sentada/reiterada/pácifica denote “established (or) settled caselaw.” In that regard, in Spanish published collections of caselaw or electronically-accessible caselaw databases are called repertorios de jurisprudencia, which are variously known in English as “law reports,” “law reporters,” “caselaw reports,” or “caselaw reporters.”

Despite the above, it should be noted that the term “jurisprudence” is sometimes used in English with the meaning of “caselaw,” particularly in jurisdictions where French is or formerly was the official language, such as Quebec and Louisiana. In Louisiana, for example, established or settled caselaw is called “jurisprudence constante.” Likewise, “jurisprudence” is sometimes used with the meaning of “caselaw” in documents issued in English by international organizations in which French is one of the official languages, notably the European Union and Council of Europe. As an example, EU institutions often use “caselaw” and “jurisprudence” as synonyms, such as on the European Commission’s Banking and Finance webpage where the two terms are used interchangeably. In that regard, the webpage contains a “Guide to the case law of the European Court of Justice” and “Case law on ‘golden shares’” alongside a “Chronological overview of selected jurisprudence” and “Selected jurisprudence by topic.”*

Órgano and “organ” are another pair of often-confused “false friends”. They are certainly cognates when used in legal (and other) contexts to refer to organs of the human body, as in transplante de órganos (“organ transplants”) or donantes de órganos (“organ donors”). And órgano may likewise be rendered as “organ” when referring to periodicals published by organizations such as political parties, as in Granma, Órgano Oficial del Comité Central del Partido Comunista de Cuba (“Granma, Official Organ of the Central Committee of the Communist Party of Cuba”).

As another example, órganos constitucionales del Estado denotes the principal “institutions of the Spanish state” created and regulated in the Constitution, including the Crown (la Corona), the Spanish parliament (las Cortes Generales) comprising the House of Deputies (Congreso de los Diputados) and Senate (Senado), the government (Gobierno), Constitutional Court (Tribunal Constitucional) and the General Council of the Judiciary (Consejo General del Poder Judicial).

And special mention should be made of the use of órgano in the sense of “court.” In that regard, órgano jurisdiccional and órgano judicial are generic expressions for “court” that are used when no distinction needs to be made between juzgados (courts with a single sitting judge) and tribunales (multi-judge courts in which several judges, usually three, sit in panels). Indeed juzgados and tribunales are often referred to respectively as órganos unipersonales and órganos colegiados. Thus, for example, in this context el órgano que dictó sentencia denotes the “court that rendered judgment,” órganos judiciales competentes are “courts of competent jurisdiction,” and the expression órganos jurisdiccionales del orden civil is a general reference to the “civil courts.”

I recently began developing a new unit for my students that I call “Inglés Jurídico 101” in which I outline the mistakes that they just can’t afford to make if they claim to know legal English. The first section focuses on the most common legal “false cognates” (false friends; falsos amigos), those dangerous look-alikes that can make you say something you really don’t mean if you don’t distinguish between the two terms in question. In this and in future blog posts I will be sharing some of my favorites.

A really basic pair of “false friends” is magistrado and magistrate. Distinguishing the difference shouldn’t present a problem but, unfortunately, magistrado has been mistranslated as “magistrate” dozens (or maybe hundreds) of times, even on official judicial websites.

So what is a “magistrate”? In England and Wales magistrates (also known as “justices of the peace”) are lay judges (jueces legos) who have no formal legal training. They preside over Magistrates Courts, lower courts where criminal proceedings are first brought, and which likewise handle some civil matters. The webpage of the UK Courts and Tribunals Judiciary describes them as “21,500 volunteer judicial office holders who serve in magistrates’ courts throughout England and Wales… Magistrates do not require legal training or qualifications.”* In the United States, US federal magistrate judges (who do hold law degrees and have been admitted to the bar) assist in district courts (i.e., the federal trial courts) exercising the jurisdiction delegated to them by law and assigned to them by the district court judge.

So why can’t magistrado be translated as “magistrate”? Because in contrast to magistrates, magistrados are the highest level of judge in Spain (and in other Spanish-speaking jurisdictions), defined as funcionario perteneciente a la carrera judicial de categoría superior a la de juez (Diccionario Jurídico Colex). Indeed, magistrados generally sit in panels on the higher, appellate courts. In that regard, the judges on the Spanish Supreme Court and Constitutional Court are known respectively as Magistrados del Tribunal Supremo and Magistrados del Tribunal Constitucional.

Thus, confusing magistrado and magistrate would appear to be a beginner’s mistake and, yet, this mistranslation has been propagated by many, even official, sources. As an example, the English translation of the Ley Orgánica del Poder Judicial appearing on the webpage of Spain’s Consejo General del Poder Judicial** refers to “Magistrates of the Constitutional and the Supreme Court.” Likewise, the expression jueces y magistrados, so often repeated in the law, is rendered as “judges and magistrates.”

As for an appropriate translation, magistrado can most often be rendered simply as “judge.” If a distinction has to be made between juez and magistrado, perhaps magistrado may be translated as “senior judge,” described as a member of a multi-judge court (órgano colegiado) or, where warranted, referred to as an “appellate court judge.”

Note: Judges promoted to the category of magistrado who choose to continue to preside over a lower court (juzgado) are called magistrado-jueces. 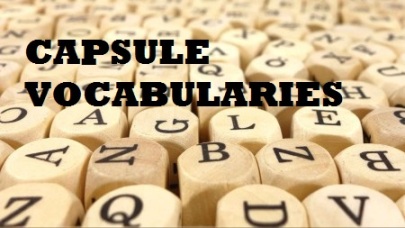 ES-EN legal translators (and lawyers and professors) often require a minimum basic vocabulary in a specific area of law, something that they will be hard pressed to find searching word-by-word in a dictionary. (In this case, the “problem” with dictionaries is that they are in alphabetical order.) Blog entries labeled “Capsule Vocabularies” will feature some of the basic terminology lists developed for use by my students of legal English that I hope may also be of interest to translator and interpreter colleagues and other legal professionals.

Here are some of the basic terms relating to labor disputes in Spain, extracted from my readings on Derecho Laboral: