It should perhaps be noted that the expression elevar a definitivas can be used in other nonlegal contexts when ratifying or confirming something that was initially considered provisional. For example, in procedures to determine candidates eligible for civil service exams (oposiciones), the authorities conducting the exams issue a resolución elevando a definitivas las listas de aspirantes admitidos en las pruebas. In this case, the final list of candidates eligible to take the exam is confirmed, after determining whether those on the provisional list met the examination requirements.

Comisión may certainly be translated as “commission” in many legal contexts. A primary example is Spain’s Comisión Nacional del Mercado de Valores, which following the model of the US Securities and Exchange Commission may be appropriately rendered as the (Spanish) “National Securities Market Commission.”

For an additional instance in which comisión and “commission” are not cognates, see this previous entry on contrato de comisión.

Today Fernando Cuñado published an interview on the Traducción Jurídica Youtube Channel in which we discussed legal translation, teaching Legal English and resources that nonlawyer translators can use to learn the law they need.

I’m providing above a link to the interview in case it may prove of interest to readers of this blog. (There are also many other useful videos on the Traducción Jurídica Youtube Channel for legal translators and learners of Legal English).

Texts concerning due process guarantees in Spain (known collectively as derecho a la tutela judicial efectiva de jueces y tribunales) often mention el derecho al juez ordinario. This has perhaps inevitably been translated literally as “ordinary judge,” but this rendering doesn’t really express the meaning of the term or its significance within the Spanish judicial system. In that regard, Article 24.2 of the Spanish Constitution guarantees the right to a juez ordinario predeterminado por la ley. The right to a judge predeterminado por la ley means that citizens will be tried by judges assigned to their cases following established case assignment rules, rather than by an ad hoc judge appointed to hear a specific case ex post.

This juez ordinario procedural guarantee goes hand in hand with the prohibción de tribunales de excepción contained in Article 117.6 of the Spanish Constitution, which precludes creating courts to adjudicate matters a posteriori outside of the ordinary court system.

The prohibition of ad hoc judges and courts can be considered an essential guarantee of any democratic system. But perhaps it is not surprising that this was included specifically in the Spanish Constitution of 1978, given that during the Franco regime from 1963 until two years after the dictator’s death in 1975, an ad hoc court (the Tribunal del Orden Público, or “TOP”) prosecuted what were considered political offenses against the Franco state.

It may also be useful for translators to note that in Spain civil, criminal, administrative and labor courts are classified as tribunales ordinarios, while the Constitutional Court (Tribunal Constitucional), Court of Audit (Tribunal de Cuentas), military courts (tribunales militares), and customary courts (tribunales consuetudinarios) are not considered as part of the ordinary court system (tribunales de la jurisdicción ordinaria). 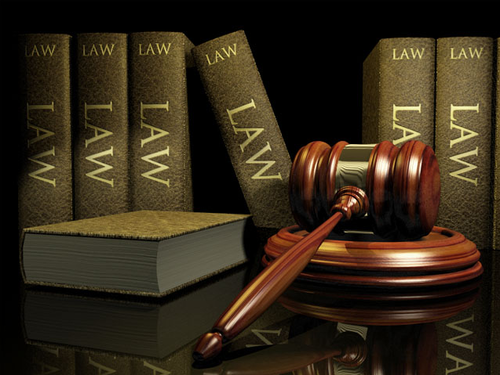 I was recently interviewed by legal translator Fernando Cuñado for the Traducción Jurídica channel that he and Ruth Gámez have on Youtube. We discussed many aspects of legal translation and learning Legal English, and particularly about how nonlawyer legal translators can become proficient in both Spanish and Anglo-American law. I explained my personal method for learning Spanish law, which involved studying Spanish law school textbooks, taking notes as if I were a student enrolled in courses in the 15 major legal disciplines, and then searching for possible English translations. The results were subsequently published in my Léxico temático de terminología jurídica español-inglés (Tirant lo Blanch, 2015). Here you can view the full 32-page table of contents.

But what about learning US law or the law of England and Wales? For legal translators, American or British law school textbooks may not always be the best choice, since they mainly focus on caselaw and don’t really provide a concise source for the legal concepts and terminology that translators require. In the interview with Fernando, I reviewed what for me are some of the “tools of the trade” that helped me learn the fundamental concepts and terminology of US and UK law. Here are some of the basics (I’ve provided links to the newer editions; mine are definitely not the latest!):

I own a ton of Spanish-English/English-Spanish law dictionaries. I won’t list them all here, but now that we have Internet (yes, it was possible to be a legal translator before Google), I’ll list them by author/publisher* below for those who may be interested in examining some of them. Over time, I’ve found that I basically use only two. Tom West’s Spanish-English Dictionary of Law and Business (Intermark Language Publications, 2nd edition, 2012) is my go-to bilingual dictionary for two reasons: it provides renderings for many complete phrases (rather than the single-word noun entries that seem to dominate many bilingual sources), and West gives context, indicating the Spanish-speaking country where the term is most likely to appear. I also use the Alcaraz/Hughes Diccionario de términos jurídicos (Ariel, 11th edition, 2012). Having also bought one of the first editions in addition to two of the newer ones, it’s easy to see that the present work has been greatly expanded and improved.

These are entertaining as well as educational, since they give examples of how lawyers, judges and other legal professionals use, misuse, and abuse Legal English. These are the two “must-haves:”

4) Overviews of English and American Law

There are dozens of good overviews of English and American law to choose from, but here are the newer editions of the ones the ones that I used to learn about Anglo-American law so many years ago:

5) Overviews of Specific Areas of Law

To understand the basic concepts and learn the vocabulary of specific areas of law, I worked with a series of “study aids” or “exam study guides” designed for law school students. Here are some of the most readily available:

6) Legal English books for non-native speakers of English: There are many excellent ones, and I own about a dozen. They’re a good place to start, but may not provide the depth of concepts and terminology that seasoned legal translators may ultimately require. Below is an author list** of the ones I found most useful, for those who want to take a look.

Well, that’s about it. There are, of course, hundreds more print resources available, and legal translators may perhaps now find enough in-depth works on Internet to meet their needs for self-training in law. But, as I tell my students, “I still believe in books,” and I’m sure that the ones listed above can provide translators with a solid foundation in Anglo-American law and legal terminology.

In legal contexts desleal, deslealtad and infidelidad are not always translated literally as “disloyal,” “disloyalty” or “infidelity.” As examples, competencia desleal refers to “unfair competition,” while in corporate law contexts administración social desleal o fraudulenta may denote some aspect of “corporate mismanagement or fraud.” In that regard, directors have a deber de lealtad (“fiduciary duty”) to act solely in the interest of their company, defined in the DEJ as la obligación de desempeñar el cargo de administrador atendiendo únicamente a los intereses de la sociedad. In this sense, deslealtad societaria refers to a director’s “breach of fiduciary duty” to the company.

Deslealtad also appears in the expression deslealtad profesional, which in Spain refers specifically to “professional misconduct” on the part of lawyers and procuradores who, for example, by action or omission prejudice their clients, or who defend interests contrary to those of their client.

The term infidelidad is also used in Spain in criminal law contexts in which it would be more accurately rendered as “breach,” rather than literally as “disloyalty.” Two specific offenses in which this might be the case are infidelidad en la custodia de presos (perhaps expressed as “breach of duty [or] misconduct in the custody of prisoners”) and infidelidad en la custodia de documentos y violación de secretos (which might be rendered as “breach of duty in the custody of documents and disclosure of privileged information”).