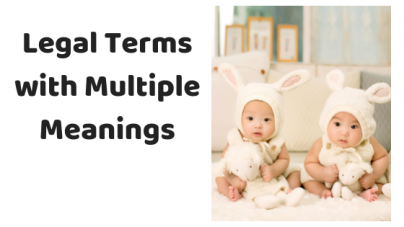 In the terminology of civil procedure (Derecho procesal civil) allanamiento (a la demanda) is the defendant’s acceptance or admission of the claims set forth in the plaintiff’s complaint (conformidad del demandado con las pretensiones contenidas en la demanda), in which case the proceedings will generally terminate with a judgment for the plaintiff (sentencia estimatoria). There may be allanamiento total when the defendant admits all of the plaintiff’s claims, or allanamiento parcial when only some of the claims are admitted and the others can be adjudicated separately (i.e., son susceptibles de pronunciamiento por separado).

In contrast, in the terminology of criminal procedure (Derecho procesal penal) allanamiento (de morada)  refers to the unauthorized entry to a dwelling or other premises. In this context allanamiento may be translated as “trespass,” “unlawful entry,” or if force is used perhaps as “forcible entry,” “housebreaking” or “breaking and entering.”* A frequent source of confusion for translators is the fact that in Mexico, Argentina and other Spanish-speaking jurisdictions allanamiento refers to the legal entry and search of premises by the police (allanamiento policial) under a search warrant (orden de allanamiento). In contrast, in Spain allanamiento always denotes unlawful entry, while entrada y registro is the term used for a legal entry and search of premises by the police or other authorities incident to an arrest or criminal investigation. Thus, in Spain and in this context, “search warrant” is an orden de entrada y registro or, more properly, auto de entrada y registro,” and is often shortened to orden (or) auto de registro.

*Several bilingual terminology sources translate allanamiento as “breaking and entering” but in Spain, at least, the offense does not involve the use of force of any kind . Thus, allanamiento  is probably more accurately translated as “trespass” or “unlawful entry,” being defined as entrar en morada ajena o mantenerse en la misma contra la voluntad de su morador (Article 202, Código Penal).